The website WalletHub says Columbia, Maryland is among the 100 most diverse cities in the U.S., but surpassed by several cities in Montgomery County, Maryland. Of course, diversity is one of Columbia’s values that was radical 50 years ago and clearly has been an important reason that many people moved here. It is an economic driver that is important for any city to embrace.

The WalletHub study considered diversity as more than just ethno-racial and economic diversity.  Its findings were cause for a lively discussion on the Facebook page, Celebrating Columbia Maryland and its Future. I decided to delve into the issue a bit more.

COLUMBIA IS ONE OF MOST DIVERSE CITIES IN AMERICA
By Elizabeth Janney (Columbia Patch) – May 16, 2016

COLUMBIA, MD — Columbia was named to the 2016 “Most Diverse Cities in America” list. WalletHub, an online financial resource and services website for individuals and businesses, recently released a study of the most diverse cities in the nation. Criteria included social class, ethno-racial, household and economic diversity, and more.

Four Montgomery County communities were in the top 20: Gaithersburg at No. 1, Silver Spring at No. 4, Germantown at No. 5 and Rockville at No. 14. New York came in at No. 6 on the list. The No. 2 ranking went to Jersey City, N.J., followed by Oakland, Calif. Study authors said the least diverse city in the country is Detroit.

2016’s MOST DIVERSE CITIES IN AMERICA
by Richie Bernardo (WalletHub)

America is undergoing an extreme makeover, thanks to rapid demographic diversification. . . . As a result of the fresh perspectives, skills and technologies brought in by newcomers, the U.S. has developed a strong adaptability to change. Economies generally fare better when they openly embrace and capitalize on new ideas, according to the United Nations Industrial Development Organization. Conversely, those relying on old ways and specialized industries tend to be more susceptible to the negative effects of market volatility.

To identify the most kaleidoscopic places in America, WalletHub’s analysts tallied the scores of 313 of the largest cities across the four major diversity categories.

In order to identify the most diverse cities in America, WalletHub’s analysts compared 313 of the most populated cities — limiting each state to no more than 10 cities each — across four key dimensions: 1) Social Class Diversity, 2) Ethno-Racial Diversity, 3) Economic Diversity and 4) Household Diversity.

We conducted our analysis using the Herfindahl-Hirschman Index method, which is a commonly accepted measure of market concentration that also works effectively as a general-purpose measure of diversity (e.g., race/ethnicity, occupations, languages, nationalities).  Please note that “city” refers to city proper and excludes surrounding metro areas.

We then compiled 12 relevant metrics, which are listed below with their corresponding weights and subcomponents. Each metric was given a value between 0 and 100, wherein 100 represents the most diversity and 0 the least.  Finally, we calculated the overall score for each city using the weighted average across all metrics and ranked the cities accordingly.

If a different perspective, a new way of seeing something, an alternative approach spur innovation, there can be little doubt that a city’s diversity can be a rich resource of innovation. Policy makers can support the education of a workforce that values diversity. Policy makers can listen, learn and invite diverse communities into the decision-making and workings of government. Educators can embrace diversity to enhance curriculum, supplement or correct content (there is a long history of teaching very partial histories that often enhance the view of the US and diminish cultures from other regions of the globe) and practice tolerance at a minimum or understanding and appreciation ideally. Policy makers can develop and nurture relationships within diverse communities to help ensure communication flow, understanding of desires, constraints and challenges and to build trust.

GUIDING PRINCIPLES – MANAGING COLUMBIA’S GROWTH AND CHANGE
Approved by the Columbia Association Board of Directors, April 28, 2015

James Rouse established four goals for Columbia. These goals are often cited when the history and framework of Columbia is discussed.  The Rouse goals were: to build a complete city; to respect the land; to provide for the growth of people; and to make a profit. When Wilde Lake was dedicated in 1967, James Rouse remarked that he hoped Columbia would never be finished, that the community would continue to develop and that the residents who would come to call Columbia home would be actively engaged in the process. That has proven to be true and the development and evolution of Columbia is ongoing.

As we look to the future, almost 50 years after Columbia’s founding, Columbia Association (CA) acknowledges the continued relevance of those early Rouse goals. Columbia Association has established guiding principles, which we believe to be fundamental to the continued evolution and growth of Columbia as a planned community of choice in the 21st Century. These principles are organized in five categories that are in alignment with Rouse’s goals for Columbia and focus on the characteristics that make Columbia distinctive: Diversity; Stewardship; Land Use and Design; Neighborhoods and Destinations; and Community Facilities and Services.

The following guiding principles are a set of values and establish expectations for the planned community of Columbia as it continues to evolve and change.

b. Mix of Housing Types. Housing should accommodate households of different sizes, income levels and ages/stages of life including families, singles, couples and older adults.

c. Civic Engagement. Columbia is a place where civic engagement is a core part of community life.

Relationship to Rouse’s Vision: Rouse built Columbia as an “open community,” one that would be a new model to overcome racial and economic discrimination and segregation. He also incorporated amenities to enhance the lives of Columbians of various ages and stages of life. 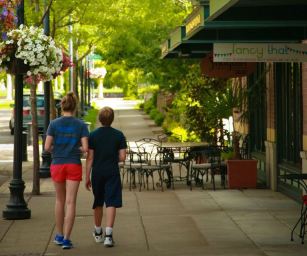 Oregon’s fifth largest city with 95,310 people, Hillsboro is helping to grow Oregon’s future – from microprocessors to vital industries, centers of commerce and green spaces. Hillsboro is a well-planned, affordable hometown with a strong economic base and one of the state’s most diverse populations. It is the high tech corridor for the state and home to a broad range of businesses, large and small, including Oregon’s largest employer, Intel. It also has the second busiest airport in the state and the fifth largest school district. Hillsboro hosts the second largest 4th of July parade in Oregon and annual events including a Latino Cultural Festival, Celebrate Hillsboro, and the Oregon International Air Show. Learn more at www.Hillsboro-Oregon.gov. 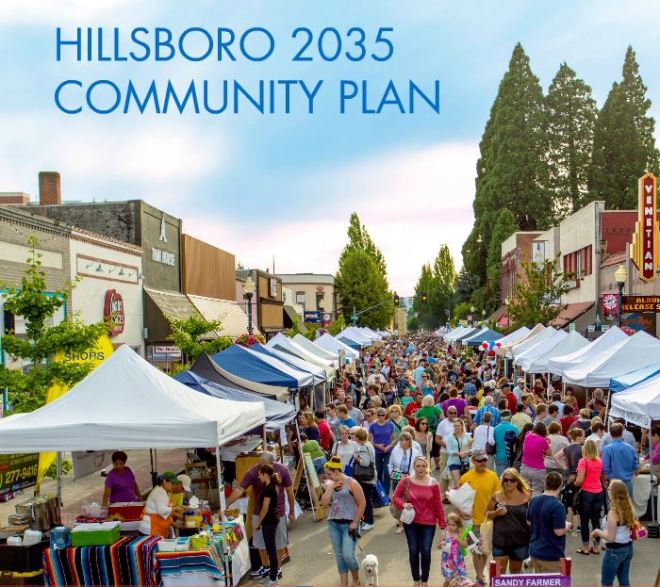