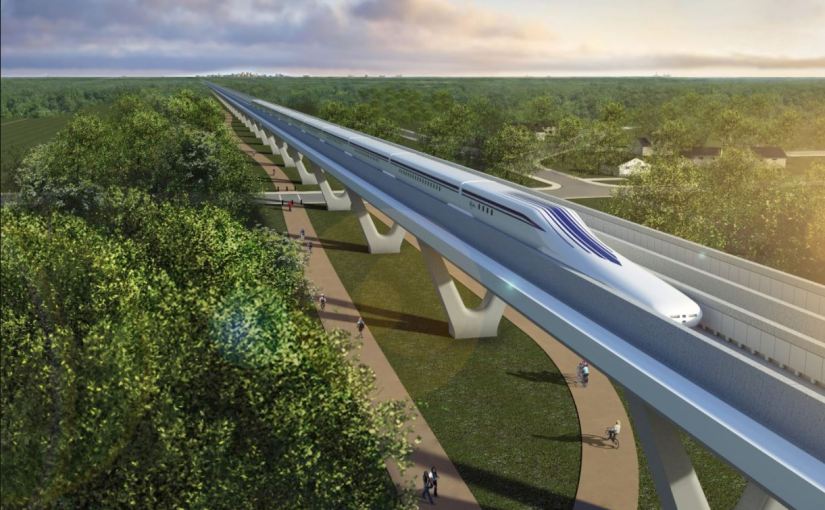 High speed inter-city rail transportation in the United States is nearly nonexistent. Amtrak’s Acela Express in the Northeast Corridor, capable of speeds up to 150 mph, averages just 65 mph due to limitations of the existing track. But two proposals for trains using very different technology could radically change the future of transportation in the Northeast Corridor. Here’s an introduction to these game-changing technologies.

Maryland has given transportation pioneer Elon Musk permission to dig tunnels for the high-speed, underground transit system known as a hyperloop that Musk wants to build between New York and Washington.

Hogan administration officials said Thursday the state has issued a conditional utility permit to let Musk’s tunneling firm, The Boring Co., dig a 10.3-mile tunnel beneath the state-owned portion of the Baltimore-Washington Parkway, between the Baltimore city line and Maryland 175 in Hanover.

It would be the first portion of the underground system that Musk says could eventually ferry passengers from Washington to New York, with stops in Baltimore and Philadelphia, in just 29 minutes. Maryland’s approval is the first step of many needed to complete the multibillion-dollar project. 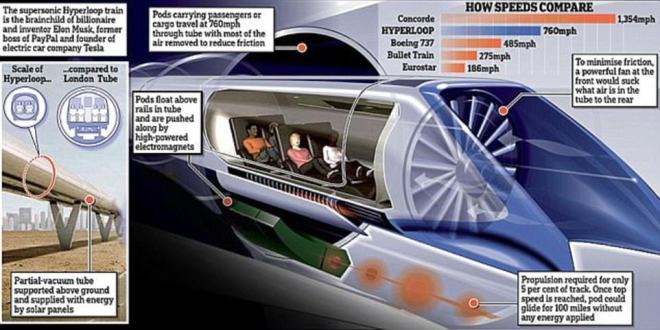 Administration officials said they will treat the hyperloop like a utility, and permitted it in the same way the state allows electric companies to burrow beneath public rights-of-way.

“We have all sorts of utilities beneath our roadways,” [Maryland Transportation Secretary Pete] Rahn said. “In essence, this didn’t need anything more than a utility permit.”

The Boring Co. aims to reduce traffic congestion by creating a low-cost, efficient system of tunnels. The company has developed tunneling machines it says will drill quickly through soft soils at a fraction of the cost of traditional tunneling.

The hyperloop technology uses electric motors and magnets to transport train cars through a low-pressure tube.  The firm has proposed building a similar hyperloop in Southern California.

Rahn, the transportation secretary, said the Boring Co. will start with two 35-mile tubes between Baltimore and Washington. Rahn said the company hopes to assemble its drilling machines at the Hanover site.

The Northeast Maglev (TNEM), a private company, was founded in 2011 with the goal of building a high-speed rail between New York and the country’s capital. TNEM wants to first build the route between Washington D.C. and Baltimore before eventually extending it to New York.

TNEM said its rail would be able to transport passengers between Washington D.C. and Baltimore in just 15 minutes. Traversing D.C. to New York would take an hour. By comparison, Amtrak’s Acela train, its fastest option, takes just under three hours.

A maglev train built by Central Japan Railway set a world speed record of 375 mph in 2015. The maglev will eventually connect Tokyo and Nagoya, but won’t open to the public until 2027.  Central Japan Railway, a private company, has said it will collaborate with TNEM on the US project.

TNEM has acquired a railroad franchise and a $28 million grant from Maryland’s Department of Transportation and Economic Development Corporation. The company has also collected $100 million in private funding.

Still, a maglev train won’t come cheap. The Baltimore-Washington D.C. route will alone cost “north of $10 billion,” Rogers said. He said tickets would cost “slightly more” than an Acela train, but declined to give specifics. “Tunneling is the main cost and the main driver of schedule,” he said.

What is The Superconducting Maglev (SCMAGLEV)?

SCMAGLEV is the latest advancement in the world of high-speed ground transportation. This revolutionary system is not your typical train. In development since 1962, the SCMAGLEV is a futuristic magnetic levitation system that uses powerful magnetic forces for all aspects of operation—acceleration, deceleration, guidance and levitation—resulting in operating speeds of over 300 miles per hour in everyday service, and travel times unlike anything traditional trains can achieve.

Rather than riding directly on standard steel railroad tracks, SCMAGLEV trains levitate between the walls of a unique concrete structure known as a guideway. The U-shaped guideway has walls surrounding the trains on both sides, making the system free from derailment.

Everything you wanted to know about bullet trains

What is a high speed railway?

There’s no standard definition, but a railway system designed for speeds above 250 kmph [155 mph] is generally called high speed — sections of these routes may have lower speed limits for safety reasons. Only 16 nations have high-speed railways — China boasts the world’s longest network with 27,000 km [about 17,000 miles] of such tracks. Japan, Spain, France and Germany are the others where tracks dedicated for high-speed trains stretch over 1,000 km [621 miles].

When was the first high-speed network built?

Japan’s high-speed line between Tokyo and Osaka was inaugurated in 1964; the famous Shinkansen ‘bullet train’ (named for its shape) could reach a speed of 210 kmph. In 1977, sections of the Florence-Rome line became Europe’s first high-speed railway at top speed of 250 kmph. The entire route was completed in 1992. The national French rail company started its first full high-speed line, between Paris and Lyons, on September 27, 1981, with top speed of 260 kmph.

Can these trains run on conventional tracks?

Most high-speed trains run on conventional tracks similar to conventional gauge systems, but built with stronger material. The train on such a track is likely to have two synchronised engines (power cars), one at either end. Most receive power from roof-mounted pantographs and overhead supply lines. A large part of route alignment is kept straight to support high speed. Although in most countries these trains operate on dedicated tracks, many can also run on conventional tracks at reduced speeds.