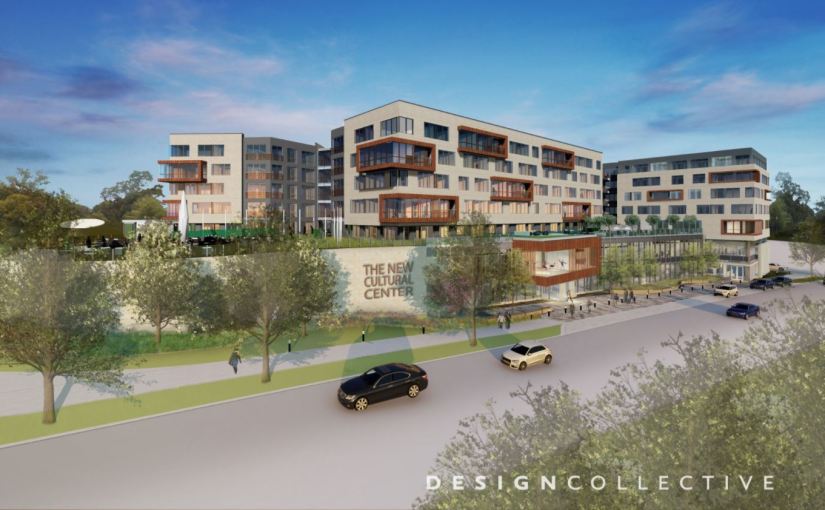 On March 1st, 2018 the Howard County Planning Board unanimously approved the site development plan for construction of a New Cultural Center in Downtown Columbia. I’m jumping ahead a bit to be naming it after Toby and Hal Orenstein. She, of course, is the founder of Toby’s Dinner Theatre, the Columbia Center for Theatrical Arts (CCTA), and has been a seminal figure in the Columbia arts scene for 45 years. What other name could we possibly give this center that will be the new home for Toby’s and CCTA, other performance spaces, and has been a dream of Toby and Hal’s for decades?

Since 1979 Toby Orenstein has been the Artistic Director and owner of Toby’s Dinner Theatre in Columbia, MD.

Toby is also the Founder and Director of the Columbia Center for Theatrical Arts, Inc. (CCTA). In 1972, at the invitation of visionary developer James Rouse, she created a school for young people who possessed an interest in the performing arts. A special group of those students, The Young Columbians, were invited to the White House and performed a musical tribute to America during the Bicentennial Year (1976). The Young Columbians still perform today at special programs all over Maryland. END_OF_DOCUMENT_TOKEN_TO_BE_REPLACED

The second hearing on the Howard Hughes Corporation proposal for Phase 1 of development of the Lakefront Core Neighborhood, is before the Howard County Planning Board on Thursday March 15. Here’s a collection of images and diagrams that illustrate what Hughes is proposing, along with Columbia Association’s preliminary thinking about how the existing Lakefront Plaza might be enhanced. And an analysis of what the development could mean for Columbia.

The Vision for Lakefront Core

As stated in the Downtown-wide Design Guidelines, the vision for the Lakefront Core Neighborhood is to bring community life and activity back to the water’s edge. Lakefront Core should be a lively, walkable neighborhood connected and oriented to Lake Kittamaqundi. New development should be designed to incorporate outdoor corridors to enhance visibility and access to existing amenity spaces.

END_OF_DOCUMENT_TOKEN_TO_BE_REPLACED

Kimco presented their plans for the revitalization of the Hickory Ridge Village Center to the Howard County Planning Board on January 4, 2018.  Many Hickory Ridge residents, including long-time denizens, support Kimco’s proposal.  The Village Board and most citizens that testified at the hearing oppose it. But the issues raised by the proponents are central to the future of Hickory Ridge, Columbia, and Howard County. To further the conversation, following are excerpts from the testimony of  several supporters who testified at Thursday’s hearing.

I am in favor of the plan, because I believe the Hickory Ridge Village Center is failing.  When the Giant opened in 1992, it was advertised as a gourmet Giant. It isn’t. Not today, and hasn’t been for many years.  Today, we have 4 empty bays in the center representing 65% of 1 building, and likely more to come.  Contrary to belief, Kimco, the landlord, hasn’t forced these businesses to leave.  They have left for many reasons, but they will not be replaced until a decision is made on our future, and we’re suffering. Once this plan is approved, we will still have several years of an under-performing center. 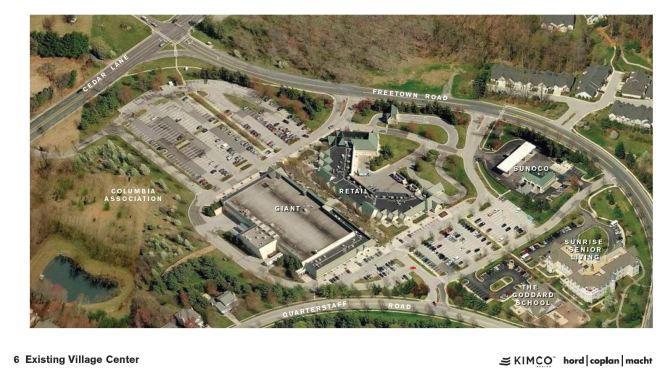 Do we remain an outdated design where the merchants face inward and can’t be seen, or do we accept one that gives us a chance to compete with contemporary concepts.  The apartments are not an option, but a necessity.  You can’t do anything without people, and those that have left the center aren’t coming back.  At least not until we offer them an array of businesses that appeal to a newer audience as Columbia’s growth continues. END_OF_DOCUMENT_TOKEN_TO_BE_REPLACED

The Howard Hughes Corporation shared additional renderings of the proposed development of Merriweather District (the Crescent) in downtown Columbia to the Howard County Planning Board on November 17, 2017. Simultaneously, they announced that the headquarters of the international cybersecurity company Tenable would be relocating there.

A look at these images and stories gives us a glimpse of what the Merriweather District is becoming.

END_OF_DOCUMENT_TOKEN_TO_BE_REPLACED

The Department of Housing and Urban Development states that housing is affordable if it costs no more than 30% of family income. Affordable housing for all economic groups is a bedrock principal in Columbia. Nonetheless, the three newest apartments in Columbia – – Alta Wilde Lake, The Metropolitan, and Lakehouse (Little Patuxent Square) — are all Class A or “luxury” apartments. This is evident by the ways the apartments describe themselves, and it’s easy to see by their starting rents that they are unaffordable to the secretaries, sales associates, builders, maintenance workers, cooks and waiters that make it all happen.

The Downtown Columbia Plan anticipates construction of 6,250 residential units that will be priced however the market will bear. The February agreement by the County and Howard Hughes Corporation requires there be 900 affordable apartments built downtown, but advocates say only about 500 units will create new family opportunities; 400 units duplicate what is already available in other Columbia Villages. And we’re further increasing the stock of high-rent apartments with Kimco’s proposal of “luxury” apartments at Hickory Ridge Village Center. END_OF_DOCUMENT_TOKEN_TO_BE_REPLACED